The Ultimate Guide to Fixing a Failed Facebook Campaign 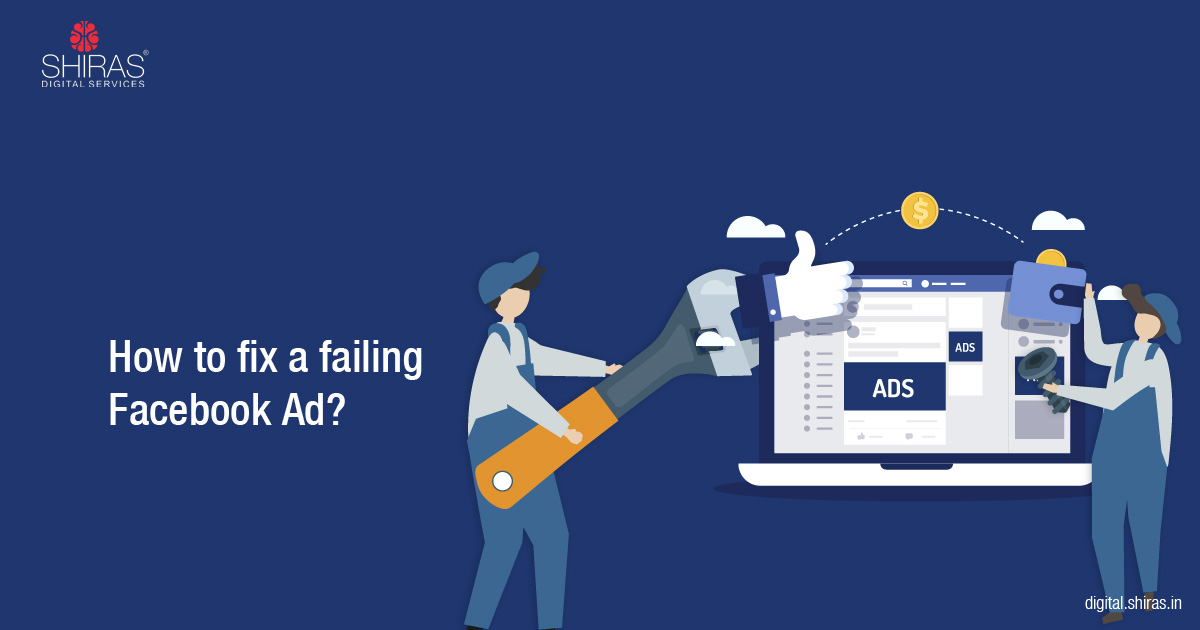 The Ultimate Guide to Fixing a Failed Facebook Campaign

Social media is a great way of making an impression on your customers, Facebook Campaigns, for instance, are some of the popular means of increasing your reach. However, not all Facebook Ads are successful. This being said, most often identifying the reason behind the failure of a campaign can be a tedious task. A lot of ideas, strategies, and consideration are put into making the campaign successful. But when a campaign fails, figuring out the right fix to get it soaring to accomplish the end task of increasing reach, audience, and leads becomes very important.

Businesses use social media to engage with their customers and convert leads into loyal customers by establishing a relationship. Thus, social media is apt for making a lasting impression. However, as is the norms of any new marketing techniques, challenges and obstacles also arise which if not overcome will likely result in the failing of your Facebook campaign. So, how does one identify the factor responsible for failing the Facebook campaign and how would one fix it? Listed below are few such probable factors that can be easily fixed to get your Facebook Ads soaring.

Your Facebook Campaign has failed when there is not much engagement

When you are not witnessing much engagement, it is a sure sign of a failed campaign. Irrespective of the likes and followers you have on your Page if your campaign does not get much of the Likes and Comments, it is a clear indicator that the Facebook Ad is not having the intended impact resulting in its failure. The problem, in this case, is your Ad is not connecting with your intended audience.

To fix this, you will have to start from the roots that involve understanding who your target audience really are. Once you are clear on your audience, you can create a strong post with an optimal visual that would definitely attract the audience you wish to target. Ensure that the creative is accompanied by an interesting caption that would make your audience comment back. The Facebook Ad must showcase the personality of your brand and not a selling pitch.

It is imperative for your campaign strategy to have a clear end goal or short term goals. It is based on this strategy successful Facebook Campaigns are planned. When you have not clearly planned it and have come up with a random campaign idea without any clear goals as to what you need to achieve with it, your campaign has failed even before it started. This kind of failure is the most common reasons why most of Facebook Ads fail. It is when the strategy is an afterthought and not something derived at keeping in mind the kind of audience you want to engage.

Fixing this requires you to go back to square one that includes determining the end goal or even the short term goals. This also includes researching and choosing the best platform for your business likely to attract your target audience. All this entails for you to have a detailed strategy along with steps involved in executing it for increased engagement. Creating a content calendar, having business goals and marketing objectives, determining the channels and tactics, planning a content strategy, etc. are some of the steps involved in making a well-strategized Facebook campaign.

Posts that features the products or services of a business which are self-promotional in nature seldom make an engaging campaign. Such posts are the key to losing your audience. The audience are attracted to informative, entertaining, and even conversational posts; rather than engaging with your audience, promoting your products and services is one of the likely other causes for failed Facebook advertisements.

This problem has an easy fix. All you have to do is create posts that give value to your audience. You can indirectly promote your service or product by giving information and facts pertaining to the product rather than making it a sales pitch. Understand your audience, get to know how they use your product or what works best for them. The key is connecting with your audience by showcasing the personality of your company or brand in lieu of displaying your products.

Lack of CTA is a direct cause of failed campaigns

Engaging with your audience is very vital, however, it becomes pointless when they are unable to take an action due to the lack of Call to Action in your post. As the end result of any Facebook Ad is directing the potential customers to your landing page to facilitate the sale of your service or product, the lack of a CTA breaks that connectivity as it directs the audience with what you want them to do.

Sometimes, even if you have a CTA but a very poor click-through rate then the problem may be concerning to the post in general or the message you are trying to convey. The other scenario is your Call to Action has a good click-through rate but a poor conversion rate, this is likely due to a problematic landing page.

Fixing this involves keeping your CTA simple yet strong. It should be compelling and powerful. Make sure that the supporting post must be informative, interesting, and engaging, urging the audience to click-through and convert.